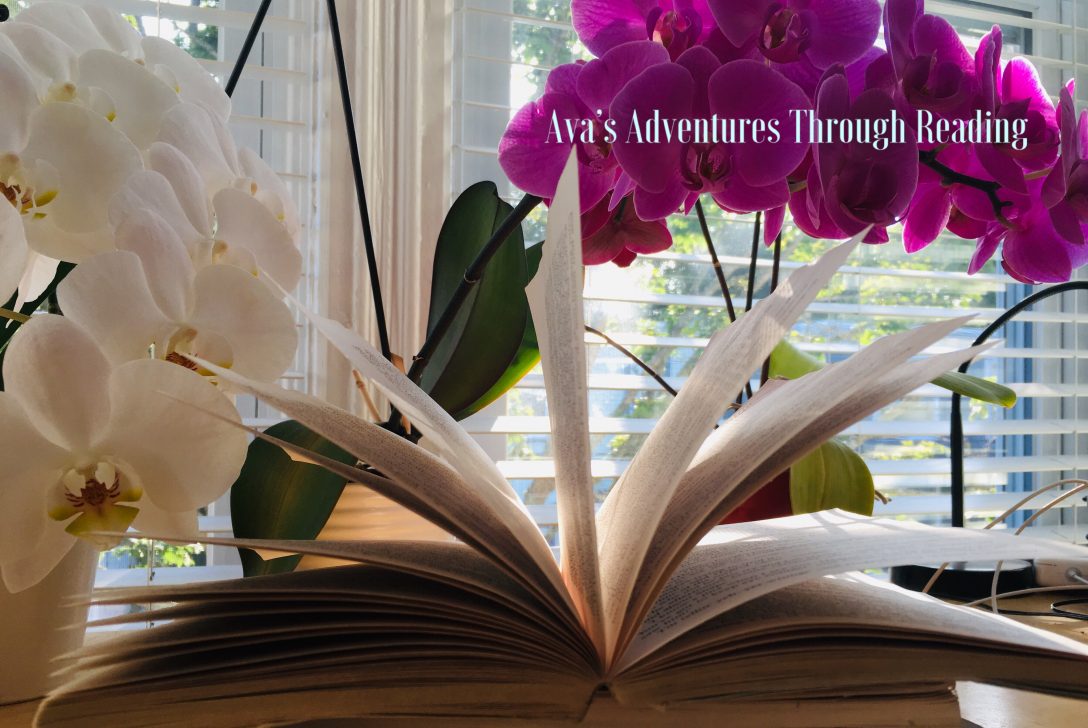 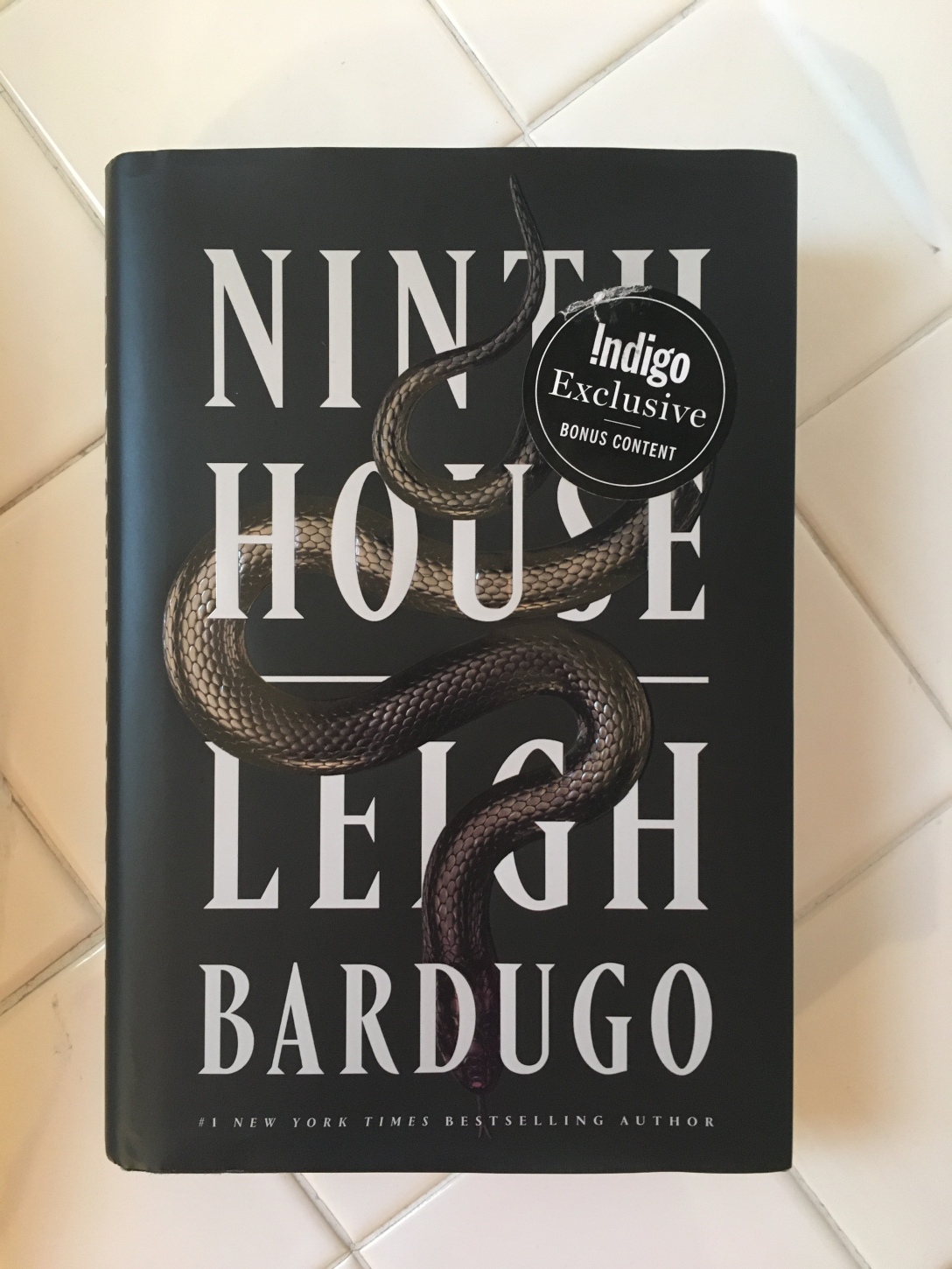 Ninth House by: Leigh Bardugo – #1 in the Alex Stern series.

Galaxy “Alex” Stern is the most unlikely member of Yale’s freshman class. Raised in the Los Angeles hinterlands by a hippie mom, Alex dropped out of school early and into a world of shady drug dealer boyfriends, dead-end jobs, and much, much worse. By age twenty, in fact, she is the sole survivor of a horrific, unsolved multiple homicide. Some might say she’s thrown her life away. But at her hospital bed, Alex is offered a second chance: to attend one of the world’s most elite universities on a full ride. What’s the catch, and why her?

Still searching for answers to this herself, Alex arrives in New Haven tasked by her mysterious benefactors with monitoring the activities of Yale’s secret societies. These eight windowless “tombs” are well-known to be haunts of the future rich and powerful, from high-ranking politicos to Wall Street and Hollywood’s biggest players. But their occult activities are revealed to be more sinister and more extraordinary than any paranoid imagination might conceive.

Hello! Welcome back to another review! *Please note that I did not write the summary above. It is from Goodreads.*

Ninth House, pronounced by Stephen King the best fantasy novel he has read in years, was sadly a disappointment.

It pains me to say that I was sorely let down by this book. To tell you the truth, I could not fully relay to you what I just read. Ninth House explored various frightful and disturbing themes, so I was prepared for a chilling read. However, what I was delivered was nothing of the sort. Indeed, it was a dark adult read, but it was exceedingly convoluted and boring.

This novel focused on two murders yet chose to concentrate on the dull one. Truthfully, I just found Ninth House to be a total bore; the pacing lacked consistency and was not linear, making it even more challenging to follow. However, the thing that continues to irk me most of all is that the premise was excellent, but the execution was an absolute disaster. Everything was completely tedious, but the flashbacks most of all. I understand that they were crucial to the development of the leading characters, but they were not anything stimulating to read.

There were definitely some notable moments in Ninth House, but the characters and the tiresome speed at which this book read caused the story to fall apart. Nonetheless, I understand that Bardugo strived to create a book about a survivor who finds solace in the fact that she overcame her grief and distress and, most importantly, powerfully survived. Alex was deceived and wronged, which left her damaged, but this narrative depicted her attempts at finding her own way in the world at Yale and (aggressively) proving those men mistaken. Bardugo created a book for survivors, but… it was lousy and dry. It does make me uncomfortable to say that, due to the sensitive subject matter that is present in the book and those who may well have found a kind of comfort and familiarity in the story. However, I simply felt that much of what was being addressed was gently dismissed. It seemed as if Bardugo included many scenes purely for shock value. I say this because I felt that certain past events concerning Alex were only brushed upon when convenient for the plot. As I mention later on, I do not think the distressing occurrences made an evident, plausible impression on Alex. She begins to exhibit different characteristics that clearly display signs of damage; however, her behaviour is immensely inconsistent–so much so that it becomes questionable.

Unlike in Bardugo’s YA fantasy duology, Six of Crows and Crooked Kingdom, the characters present in this book lacked true dimension and depth. Not only were they not nearly as fascinating or well-crafted, I found them to be entirely underdeveloped. At different intervals throughout the story, it was indicated that our main character, Alex, had a certain wicked quality about her. That definite potential that her character possessed is incredible. Alex was a flawed, haunting character, but that possibility for fabulous growth was wasted. Moreover, the traumatizing events that seemingly defined her existence and beliefs did not appear to influence or affect her development as a character. Judging by what transpired in the first of a series (duology?), the occurrences looked to be almost pointless.

That said, certainly the incidents played a considerable part in establishing Alex as a character… or so they should have. Ninth House was equally inconsistent in its pacing and the evolution of its characters. Naturally, talented authors are going to gradually reveal different aspects of a character at numerous spots during a story. And that is truly what it felt like Ninth House was attempting at (and I stress “attempting”). At points, Alex appeared as a portrait of ugly truth: a character that has a savage beast living in her, craving revenge. And at other points, we lost all memory of that feral monster and we were left with a shallow being. At a few instances, I delighted in Alex’s character, I delighted in that twisted, dark thing described to be living in her (it was almost Halloween, calm down). And yet, nearly the entirety of the story was composed of an Alex that felt utterly dissimilar from that monster, despite all those disturbing flashbacks we were delivered. As for the other characters, they were exceptionally uninteresting and felt almost irrelevant.

Leigh Bardugo’s skillful prose and intelligence assist her in creating wonderfully unsettling fantasy novels that have an air of reality. Regrettably, this book was not one of them. I admire and wholly appreciate Bardugo’s writing when it comes to young adult fantasy novels. However, Ninth House to me felt hurried in a way that affects the story greatly and leaves you with a piece of work that feels incomplete. I didn’t feel as if I was reading material that was anything special; in fact, it felt strangely generic. That, I can tell you, is not a line someone would commonly describe Bardugo’s work as.

I wanted to love Ninth House so much! I had high expectations (which is never a good thing) and was thrilled when I purchased a copy the day of the release. Alas, the story fell utterly flat for me. I cannot pinpoint what I disliked the most, but I believe the pacing drove me mad. Although I significantly criticized this book, I do not think Ninth House reflects poorly on Leigh Bardugo at all. In fact, I will be sure to read the second book, for I enjoy her writing so much.

I love to read and write! View all posts by Ava